Like any dream-come-true story (and to be published was my dream), it’s been a long time coming. A really long time. Here is the behind-the-scenes story of The Bondi to Manly Walk Guidebook.

Ten years ago: A special walk

In 2011 I’d left the world of journalism to gleefully pursue my other love: travel. My about-to-be husband and I shared a tourism business offering guided hikes of Sydney’s national parks. He was the guide; I was the Everything Else.

But a funny thing happens as a (very) small tour operator: we got into tourism because we loved to travel, then we couldn’t afford – in time nor money – to travel. We had tied ourselves geographically to a very particular corner of the Earth.

When we planned our Spring honeymoon, we had no money to spend and no time to go. Even taking a weekend off for the wedding was a big deal.

The solution: walking from Manly to Bondi over four days.

It was seven years before The Bondi to Manly Walk Supporters would announce they had inter-government support to create an official route (and another year before its launch) but The Walking Volunteers – working quite separately to the Supporters – had mapped out the route and created the first track notes. We used their maps and notes.

Even for life-long Sydneysiders we were blown away. So much stunning-ness, so close to the city.

The most romantic moment? Standing beside the road near The Spit Bridge waiting for the bus (then train, then another train, then walk) to take us back to our apartment in southern Sydney. We’d splurged for the extraordinary Q Station, a hotel in The Rocks and one at Bondi. But home had to do for one night.

My health condition meant we had to skip sections we’d planned to walk. That’s when I discovered how accommodating the walk is for all hikers: there’s always a Plan B.

Our honeymoon planted the idea of doing something with this walk more than just walking it. Could we turn it into a guided hike? At that time most people didn’t think of Sydney as a walking destination – they’d go to the Blue Mountains or Tassie or … anywhere but Sydney really. So we were up against it in terms of offering a product: there was no unmet demand. It deserved to be an inn-to-inn style walk but – egad – Airbnb hadn’t been invented yet and there was nowhere to stay trackside on nearly the entire northern side.

We rested our feet and the idea.

Five years ago: An idea

The idea was not to have three children in three years. But that’s what happened. Something had to give.

Tourism shmurism. Instead of guiding people on hikes, why not use our knowledge and experience to tell people how to go do it themselves? After all, wasn’t I a journalist?

I started transforming the business into a blog during – that laughable phrase – my spare time. What spare time? We had three tiny kids who did not sleep.

I wrote a list of what I would change about my life and what I would keep. Walking in Sydney stayed. But most importantly I acknowledged to myself I wanted to write. Books. Lots of them.

I knew all the walks, I’d helped develop the interp and we knew from years of customer service what people wanted when they walked in Sydney. Yes, they wanted an outstanding hike and no, they didn’t want to get lost … but they also wanted fantastic coffee and they lapped up stories of the places they walked through.

In short, they wanted an experience, not just a walk.

A book! It should be a book! I dreamed up a guidebook for walking from Palm Beach in Sydney’s north to Royal National Park in Sydney’s south.

It was a tad ambitious.

I started with a 42-page self-published guide to The Spit to Manly Walk for our blog instead. I turned my husband’s rough notes made for verbal storytelling into something readable for walkers on the track. Like having a tour guide in your pocket.

Two years ago: The pitch

In late 2018 the Bondi to Manly Walk Supporters were in full swing, collaborating with 17 land holders, government and Aboriginal organisations. The idea of a Bondi to Manly walk was soon to be reality.

This, then, would be the focus for my book.

‘My book’, I say, as if anyone else knew, cared or agreed. But I’d never forgive myself for being a gonna-shoulda-coulda. I had to try to make it happen.

I did what I always do when faced with a challenge: turned to books to help me solve it. I kicked off 2019 with a purchase; How to Write a Book Proposal; the insider’s step-by-step guide to proposals that get you published. Guess what it was about? Yep. And I followed it to the letter.

Non-fiction’s a bit different to fiction in terms of approaching a publisher. For fiction, the book has to be written first and be a damned good one at that. But non-fiction is more like a business proposal: what is the book about, why now, is there demand, and why are you the person to write it? Oh, and prove you can write.

There were a few things on my side;

I researched like-minded publishers and sent off my proposal in September 2019 (do the maths: that’s exactly two years before the book hit shelves).

And waited. The publishing industry is notoriously slow, especially responding to a proposal sent on spec.

The Bondi to Manly Walk was officially launched on 8 December 2019. I shot an email off to the publisher, letting them know it was now a ‘thing’.

On the final day of business before an extended Christmas break, they got back to me:

The Bondi to Manly Walk Guidebook went to acquisitions (a whole-of-company meeting for a publisher to agree to take on a book) in early March 2020. My editor sent me a short email: my book was accepted but she’d send the contract when she got back from leave in a few weeks time.

Perhaps you don’t need a reminder of what happened next. Late March 2020, Australia shut down. Schools closed, restaurants shut up shop … even Bondi Beach had a fence around it! Nobody knew the ramifications of lockdown. The publishing industry was in a spin. No contract. No book.

One year ago: Walking and writing

We could start to breathe again by July 2020. Only a little but enough for NewSouth Publishing to say yes for a second time … this time with the contract.

I better hop to it then. Walk it, I mean. All 80 km of it, plus any and all detours to see if they were worthy to include. Plus two more walks I felt deserved a look-in.

Of course to be an expert on this track I had already walked most, but not all, of it before. Some sections many times before. But walking to write a guidebook is different to walking to enjoy the scenery. So much note-taking. So slow.

I walked by myself, mainly. I think better without chatting to someone else, I take more thorough notes … and did I mention how slowly I had to walk: a few hundred metres, stop, go a bit further, stop again. Hmm, a Y-intersection ending up in the same place: is the high-road or low-road better? Take both!

Walking was just for the track notes. But The Bondi to Manly Walk Guidebook was never going to be just how to get from A to B: it has the stories of places along the way. So there was a heap of desk-bound research. That involved reading lots then finding the thread of a story within each locale that somehow connected to the overarching story of the Sydney walkers see along the whole route. Ancient, old and modern history. Indigenous, colonial and post-colonial migration. Plants, animals and land formations. Buildings and the beaches. Boom and bust.

There were times out on the track sitting in the shade of a giant fig, eating a still-warm custard-filled almond danish, overlooking Sydney’s glittering harbour. Research, I tells ya, it’s research!

The Bondi to Manly Walk Guidebook launched in September 2021, two years after I sent my book proposal to publishers, and nearly ten years to the day when I walked from Manly to Bondi on my honeymoon.

I’ve broken the seal of my career as an author. Expect more – much more – to come. 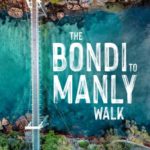 The definitive guidebook to Sydney’s newest multi-day harbour walk. The 80 km track connects the iconic beaches of Bondi and Manly, and winds through secluded bays, protected bushland and the glittering harbour city.